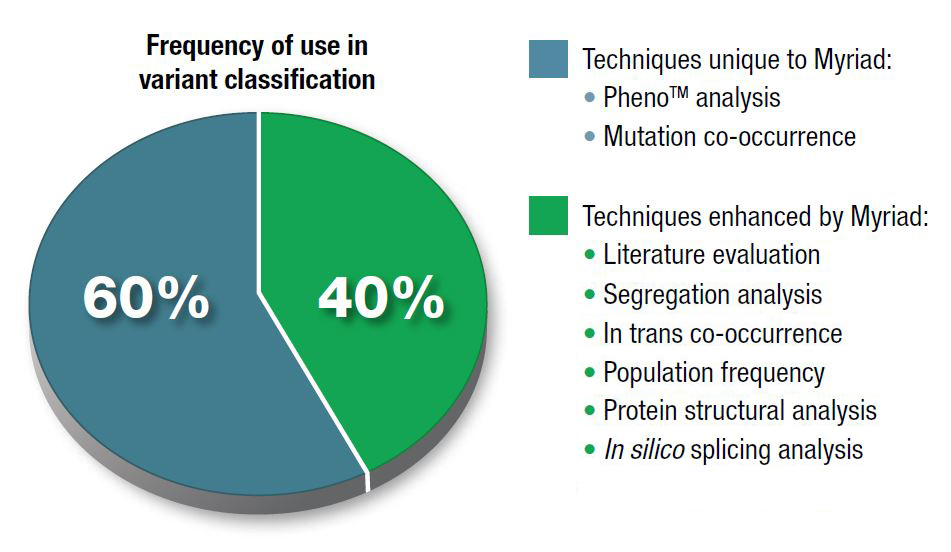 myVision™ employs a number of classification techniques, some of which have been used by geneticists for many years. Myriad also uses a number of novel, proprietary techniques made possible by Myriad’s ability to test many patients. We are continually working towards creating and perfecting new methodologies to help classify variants.

This family history-weighting tool, unique to Myriad, compares the severity of family histories of patients who carry a specific variant to that of families who carry known deleterious mutations and to families in whom no mutation was detected. 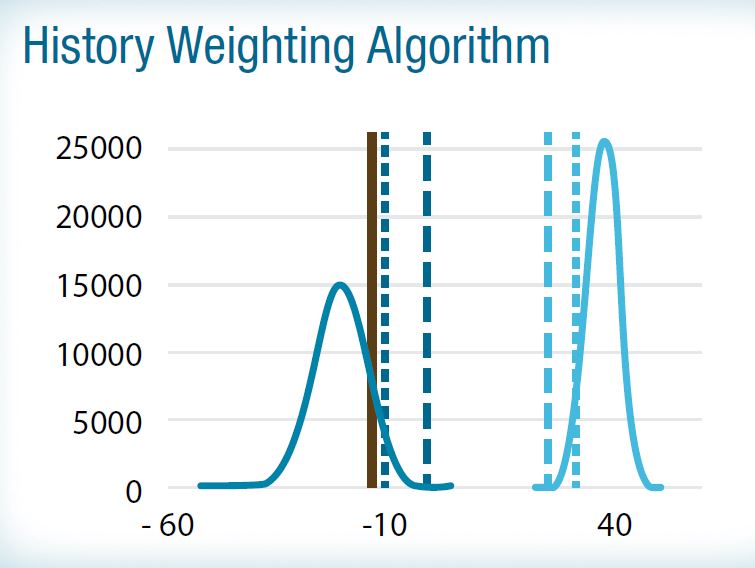 This statistical model is unique to Myriad and is used to discover benign variants, which leverages the rarity of multiple deleterious mutations co-occurring in a single patient. 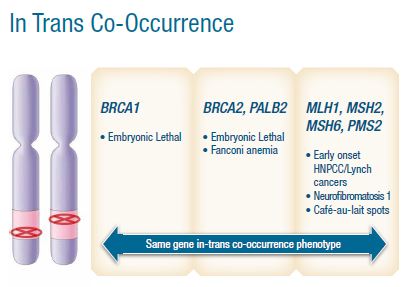 Myriad’s scientists and statisticians continually evaluate the published literature, a process that often includes a reanalysis of experimental data to determine whether the data is clinically significant. 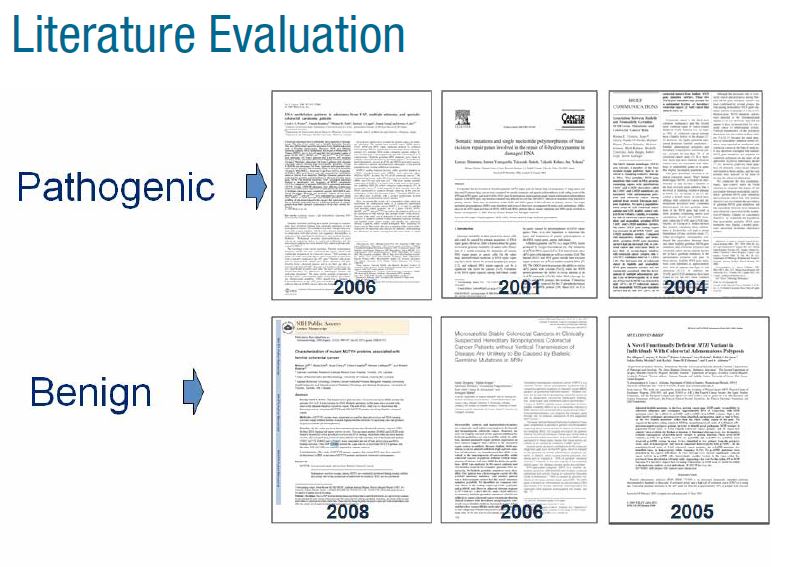 The classic gold-standard approach to variant classification where variants are tracked in families to determine if they are associated with cancer. 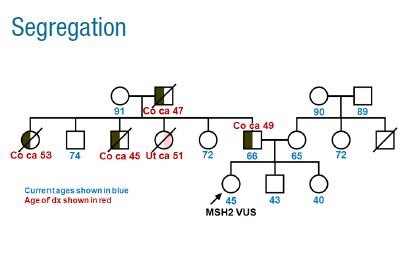 This method compares the frequency of variants in control populations to those seen in affected populations tested at Myriad to determine if variants are associated with cancer.

While it is standard laboratory procedure to evaluate novel variants for potential RNA splicing effects using publicly available in silico methods, Myriad also uses a proprietary in silico tool for this evaluation.